The shocking new Champions League rules could end up being hugely unfair on West Ham.

See below for an explanation of how Champions League places could be handed out, with the highest club coefficient set to get in ahead of teams who finish above them in the Premier League table.

MORE: Super League timeline: How it all unfolded and fell apart as Liverpool, Man United and co. perform stunning U-turn 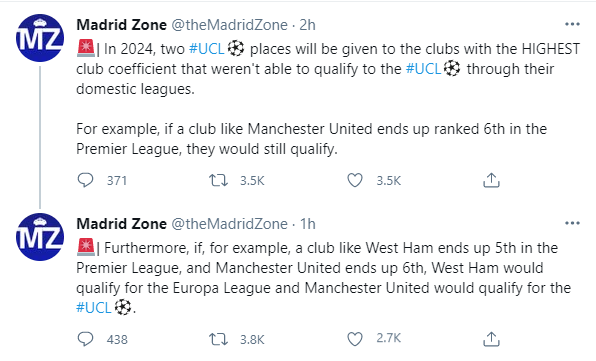 West Ham are currently fifth in the Premier League and could still finish in the top four after Chelsea dropped points at home to Brighton last night.