Manchester United midfielder Bruno Fernandes is reportedly ready to sign a new contract at the club as long as Paul Pogba does too.

The pair are among the biggest names at Old Trafford, but have enjoyed very different spells in their time at Man Utd, with Fernandes hitting the ground running in a relatively short period of time, while Pogba remains somewhat inconsistent despite being at the club for almost five years now.

Still, it seems Fernandes is keen for Pogba to stick around at United, and the Frenchman’s future would be key to him committing to a new deal, according to the Sun.

United must surely do all they can to keep Fernandes at the club after his tremendous impact, but it could be tricky for them to decide if it’s also worth investing in a new contract for Pogba after his struggles. 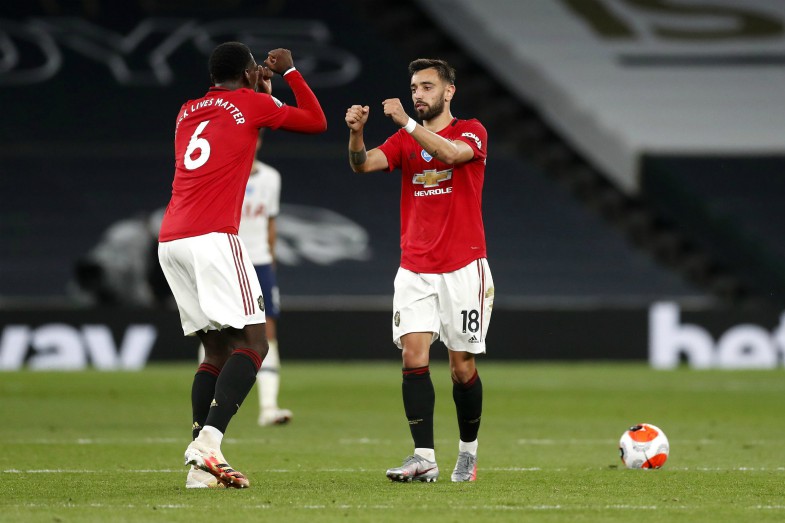 Paul Pogba and Bruno Fernandes in action for Manchester United

A recent report from the Daily Star claimed it could cost huge money for MUFC to persuade Pogba to put pen to paper on a new deal.