Barcelona are interested in signing AS Roma veteran forward Edin Dzeko, according to Don Balon.

Dzeko has had an esteemed career, having produced commendable goal returns at Wolfsburg, Manchester City and AS Roma.

The Bosnian is perhaps best known for his time at the Etihad, where he scored the goal which preceded Sergio Aguero’s iconic 94th minute winner against QPR.

TyC Sports have reported that Aguero himself is closing in on a move to the Nou Camp, so perhaps Joan Laporta is keen on reviving some that 2012 spirit.

Don Balon believe that Dzeko is also an option for the Catalan giants, with the player himself keen on striking a deal.

MORE: The incredible stat that proves Barcelona’s Lionel Messi has lost none of his magic 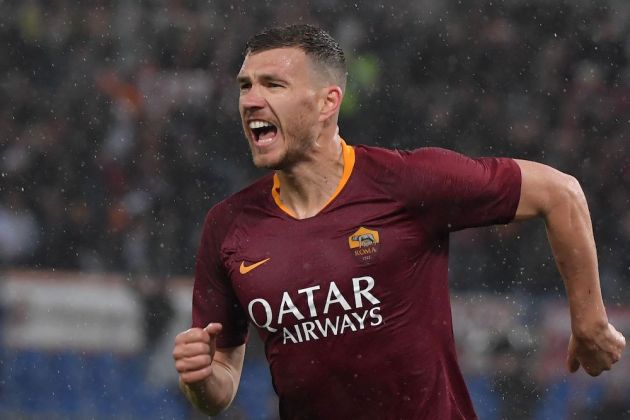 Edin Dzeko has scored 117 goals in 254 appearances for AS Roma.

According to Don Balon, Barcelona have been drawn to Dzeko by the prospect of him joining on a free transfer, while his experience also appeals to Joan Laporta.

The report mentions that Dzeko is hoping that compatriot Miralem Pjanic can help him in his efforts to secure what would be a dream move to the Nou Camp.

As backup strikers go, Dzeko would be as good as they get. A certain upgrade on Martin Braithwaite, all due respect.