According to the front page of today’s edition of Gazzetta dello Sport, Manchester United have made contact with Jorge Mendes over signing Cristiano Ronaldo.

Gazzetta dello Sport lead with “Lo United tenta CR7”, which translates as “United try for CR7”. That alone is enough to get any Manchester United supporter excited. 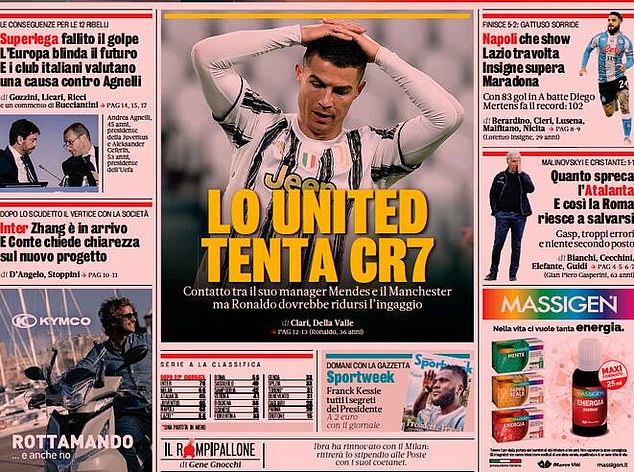 Image provided by the Daily Mail

Gazzetta dello Sport claim that contact has already been made between the Red Devils and super agent Jorge Mendes over the possibility of signing him from Juventus.

Ronaldo established himself as one of the world’s elite during his time as a Man United player. If he were to leave Turin, one last dance at Old Trafford may well be an attractive option for him.

Juventus have fallen short this campaign, despite Ronaldo netting netted 32 goals in 38 games. At 36-years-old, he can ill afford to be wasting time at a sinking ship.

Man United are on the rise under Ole Gunnar Solskjaer, and could be just a Cristiano Ronaldo away from mounting a serious title challenge.