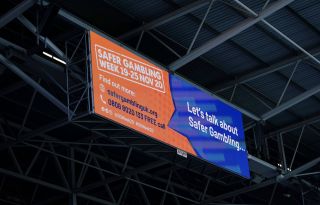 Front of shirt betting sponsors are on the verge of being banned in England’s top-flight.

READ MORE: Live football viewing in the UK will be shaken up as DAZN signal their intention to break the Sky/BT Premier League monopoly

The argument surrounding the unethical nature of football clubs displaying betting sponsors has long been debated.

In recent times, the debate has been amplified with the Premier League coming under fire for the amount of betting-related advertisements they play host to.

Initial talks have been held to discuss the impact betting can have when advertised on such a large platform, such as the English Premier League, as per Sky Sports.

However, CaughtOffside can exclusively reveal that an agreement between betting companies and Premier League chiefs is set to be reached – an agreement that would see the immediate phasing out of gambling-related front of shirt sponsors.

A close source has revealed that the agreement, which so far includes the Premier League, is set to be signed off ahead of the new season.

Although a transitional period is expected, shirt sponsors featuring betting and betting-related companies will slowly begin being phased out.

We understand that stadium’s advertising boards will likely remain in place but future plans could very well also include these.

The Championship as well as League One and League Two are expected to follow in the Premier League’s footsteps.

It goes without saying when it comes to betting, people’s opinions can be very divided – however, nobody can deny the financial support they have, in recent years, provided to football.

We understand several top-tier clubs in England are worried about the impending plans and are currently scrambling to try and secure other deals.

There are currently eight Premier League teams who have a betting-related front of shirt sponsor, including Wolverhampton Wanderers (ManBetX) and Leeds United (SBOTOP).