With seven games left to play in this La Liga season, Barcelona still have the destiny of the title in their own hands.

That they’re anywhere close to title contenders is remarkable, and is largely down, once again, to the form of their talisman, Lionel Messi.

The Argentinian has delivered throughout, even against the backdrop of the burofax being sent last summer and a clear desire to want to leave the club. 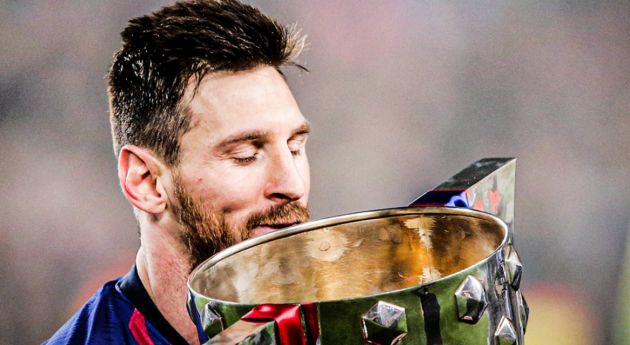 His two goals against Getafe on Thursday night ensured he was the first player in the history of the top five European leagues to score 25 goals in each of the last 12 seasons, however, there’s one particular stat that’s even more remarkable.

It’s certainly one that shows why Messi can lay claim to being the ‘GOAT’ too.

The brace also gave him 468 league goals in his career. That’s the same amount as Alan Shearer and Wayne Rooney’s Premier League totals combined, and in 418 less games.

Lionel Messi now has the same number of league goals as the two highest scorers in Premier League history combined: