One of the success stories of this 2020/21 Premier League season has been Jesse Lingard’s form for West Ham United.

After barely appearing for Manchester United at the start of the campaign, he’s had a new lease of life since signing on loan for the east Londoners.

In his 10 appearances, he’s scored nine goals and provided three assists, and as the Daily Mail detail, there are a few reasons for his personal revival.

Street running with former Man United colleague, Ravel Morrison, kept up his fitness, whilst a fastidious nature over his food has seen him employ the services of a personal chef.

Meal prep and eating the right foots has clearly had the effect intended. 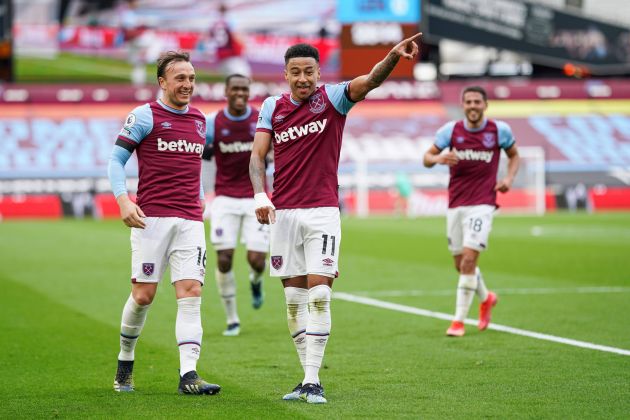 Finally, the close bond that he’s developed with England colleague and West Ham captain, Declan Rice, and former club captain, Mark Noble, has helped Lingard settle, and the Hammers have reaped the benefits.

His form has been so good that it would be a surprise if he weren’t to make the final England squad for the European Championship this summer.