Arsenal midfielder Mohamed Elneny has pleaded with Gunners fans to offer him support in difficult moments, rather than defaulting to criticism.

Elneny is one of many Arsenal players who, in recent seasons, has had a tough time.

The Egyptian has struggled to nail down a spot in the starting elven as a result of his inconsistency, with Gunners fans not the most forgiving when it comes to players’ underperformance.

Supporters of the North London giants have enjoyed great success in their lifetimes, but are without a Premier League title for 18 years, and now face a battle to finish in the league’s top half. 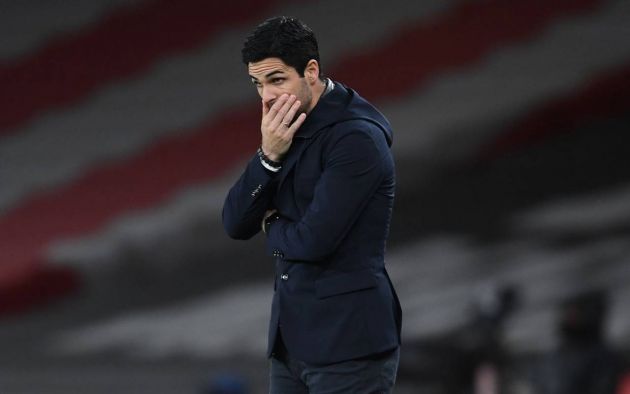 Arsenal have endured a difficult campaign under Mikel Arteta.

You can understand fans’ frustrations, but that’s not often helpful for the players, who need support. These comments from midfielder Mohamed Elneny reaffirm that fact.

? “I need you to support me, not to put me down. You have to support in the bad moments, when I have a bad game you have to be next to me, this will make me happy and improve.”

Mohamed Elneny sends a message to the Arsenal fans to support the players in the bad moments pic.twitter.com/nc0tZK5CAy

It’s unusual for a player to speak so frankly about a topic like this, but good on Elneny for doing so.

Fans like to disassociate footballers from humanity and assume they can say what they like to them without there being any sort of emotional impact.

That is, of course, not the case.