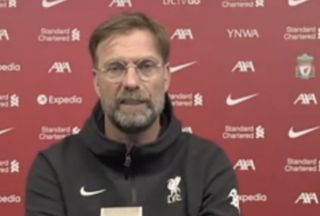 Speaking ahead of his team’s match against Newcastle United on Saturday afternoon, manager Jurgen Klopp has been answering questions about the recently failed European Super League.

Despite plans for six of England’s biggest clubs to breakaway and form a pioneering Super League now well and truly shelved, the media and fans have still been keen to gauge manager’s thoughts.

Speaking in a recent press conference, when asked for this thoughts on the ESL, Klopp gave a worrying prediction that football may not be out of the woods yet.

“The most positive thing is that it [ESL] didn’t happen,” Klopp said. “But I am now not involved that much anymore. […] “From what I have heard, it’s not over yet, I don’t mean that the Super League could still happen, but obviously now there are a lot of discussions about other things.”