Barcelona are willing to accept between €50M-€60M on Ousmane Dembele after becoming fearful they could lose him on a free, according to SPORT.

As the report notes, the French winger’s contract with Barca is due to expire in 2022, which means that, in less than a year’s time, he will be able to negotiate with interested parties as a free agent.

Considering how much the club paid to sign him from Borussia Dortmund, £135.5M (€155.4M), as per the BBC, they cannot afford to twiddle their thumbs until he’s leaving on a Bosman.

As per SPORT, they are keen to get on top of the situation, with Dembele set to be listed on the market in the summertime, but for considerably less than they paid for him initially.

MORE: Talks planned: Barcelona could have a creative solution to get Lionel Messi to sign a new deal 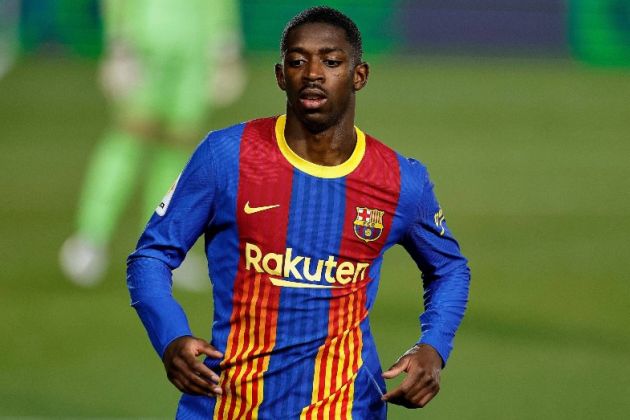 Ousmane Dembele could be listed for sale by Barcelona this summer.

The Spanish publication claim that a bid between €50M-€60M could be enough to convince them to sell, with Fichajes noting of possible Liverpool interest, and the Express reporting the 23-year-old’s links to Manchester United.

If either of the two Premier League giants are legitimately interested, between €50M-€60M represents a considerable discount on what his market value would ordinarily be.

If Dembele is looking to get out of the Nou Camp this summer, a Premier League club could do far worse than looking to take advantage of his precarious contract situation.