Paris Saint-Germain superstar Neymar JR took to social media to react to the hilarious dancing from compatriot and friend Richarlison as he scored the winner for Everton in a key clash against Arsenal.

The Everton forward celebrated by springing into a Samba dance and sticking his tongue out, which is just what we’ve come to expect from the charismatic star.

Richarlison shared the dancing on his Instagram account, sparking the reaction of international teammate and friend Neymar.

Neymar replied ‘Mal Demais’ which is Portuguese for ‘Too bad’ – signalling his opinion of Richarlison’s dancing, as he also accompanied his response with four laughing emojis.

See More: “Needs to be sold with immediate effect” These Arsenal fans want ace to be sold and young players to get a chance after Everton defeat 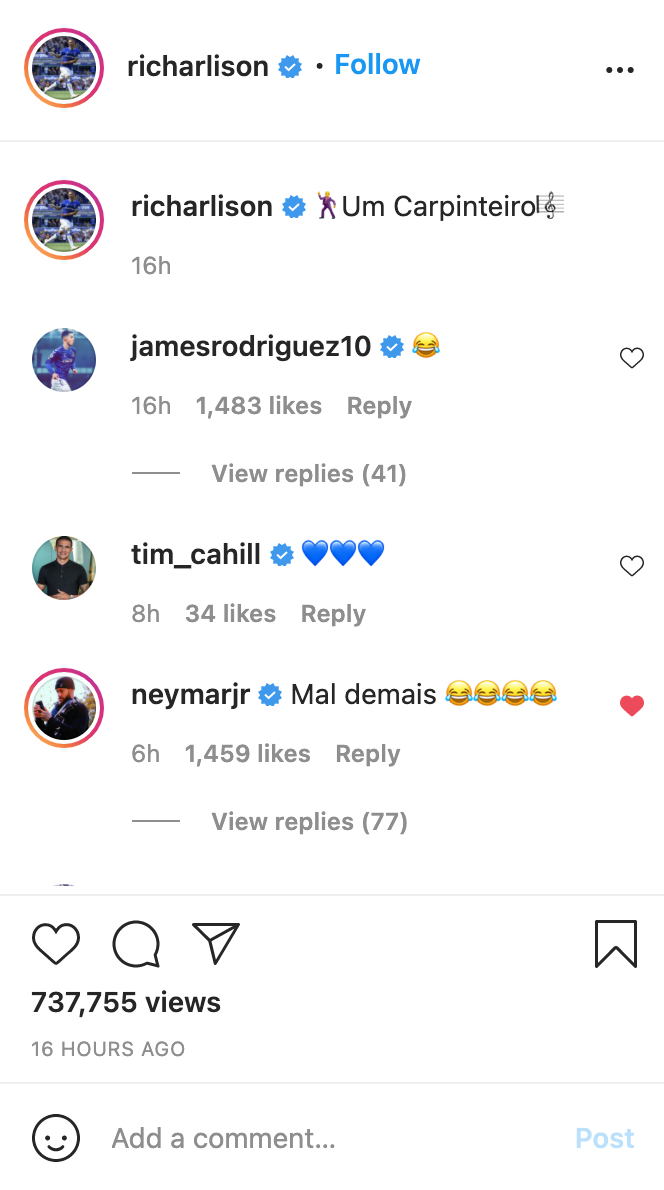 Richarlison’s dancing, whilst the effort was clear, certainly doesn’t stack up to the moment in which Man United star Jesse Lingard turned the Emirates Stadium into his own club, that doesn’t take away from the fact that it’s still proven to be a dancefloor for each each on one occasion in their careers to date.

The win was massive for the Toffees, it extends their lead over the Gunners in the Premier League table to six, whilst they also hold a game in hand.

Everton sit eighth in the top-flight and have a chance at securing European football if they can close out the season on a high and the outcomes of UEFA competitions go their way.