Juventus are reportedly the latest club to show an interest in a potential transfer deal for AC Milan goalkeeper Gianluigi Donnarumma this summer.

The 22-year-old has long been regarded as one of the finest young players in world football, and he’d be a superb signing for most top clubs if he ends up leaving Milan.

Donnarumma is heading towards being a free agent this summer and Corriere dello Sport claim Juventus are now looking into raiding their rivals for the Italy international.

This could be ideal for Juve as Donnarumma would likely be an upgrade on Wojciech Szczesny and the perfect long-term successor to Gianluigi Buffon.

However, Donnarumma has also been linked with Premier League giants Chelsea and Manchester United by the Transfer Window Podcast.

It’s not yet clear where the player himself might prefer to move, but it would certainly be interesting to see him in English football. 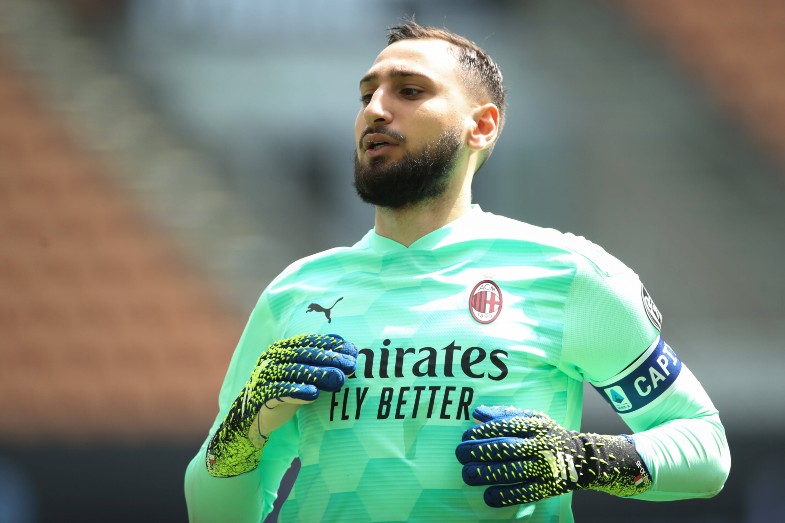 Gianluigi Donnarumma is being linked with Juventus, Chelsea and Manchester United

Chelsea have had their issues in goal in recent times, with recent signings Kepa Arrizabalaga and Edouard Mendy not really working out.

Donnarumma could be an upgrade, even if some Chelsea fans will feel Mendy deserves more time to prove himself after only joining last summer.

Man Utd, meanwhile, have a bit of a conundrum in goal this summer as David de Gea looks past his best and no longer the first choice for Ole Gunnar Solskjaer.

Donnarumma, however, may be the better long-term option than Dean Henderson to become number one for such a big club.