Manchester United are one of three clubs keeping tabs on Barcelona teenager Ansu Fati, according to Todo Fichajes.

Fati started the season in quite sensational form, setting the standard for Barca while Lionel Messi found himself sidetracked with off the field drama.

Unfortunately for the youngster, a serious knee injury derailed his purple patch, forcing him to watch from the sidelines for the bulk of the campaign.

His spell away from the game doesn’t appear to have had any adverse effect on his stock in the game, as Todo Fichajes claim several big clubs are interested. 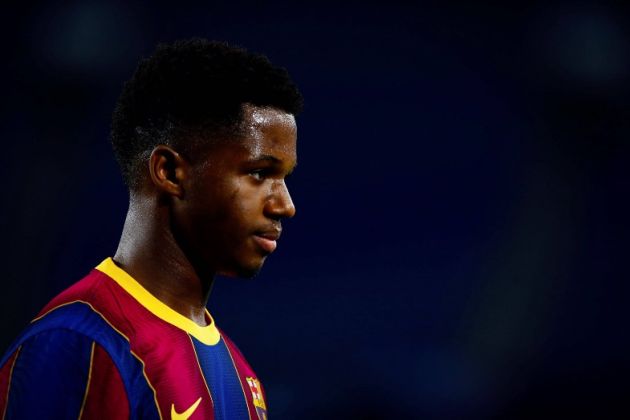 According to Todo Fichajes, Bayern Munich, Juventus and Manchester United are all thought to be keeping an eye on Fati, with Joan Laporta concerned enough to commence talks over an extension.

Barcelona have no reason to sell, and Fati has no reason to walk away from the club. But, if a club like Man United tables a tempting proposal, you never know what might happen.