Real Madrid midfielder Toni Kroos is set to be available for selection against Chelsea, having missed both of Real Madrid’s last two games.

Kroos is one of the best midfielders of his generation, with the midfield partnerships formed with Luka Modric and Casemiro providing the foundation for all of Real Madrid’s success, particularly in Europe.

With the German having missed two consecutive games for Real Madrid through injury, Chelsea fans will have been crossing their fingers that he wouldn’t be fit to return against them on Tuesday night.

Unfortunately for the Blues, according to Marca, Kroos has taken part in full training with the Real Madrid squad and is available for selection when the two sides meet midweek.

MORE: Premier League big six will reportedly have no say in Champions League reforms due to ESL involvement 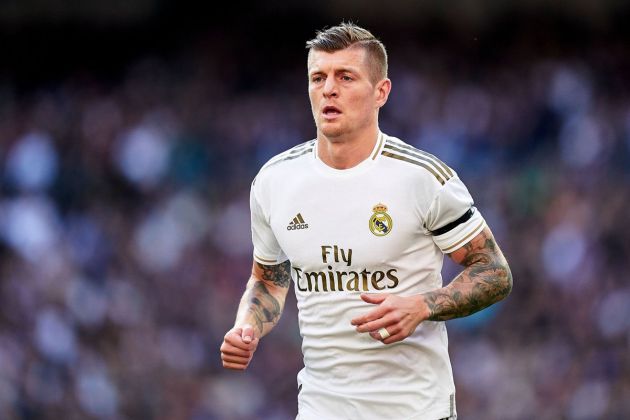 Toni Kroos is fit and available to face Chelsea.

It’s difficult to see Thomas Tuchel’s game-plan changing drastically based on the inclusion of one player, but individual quality can oftentimes determine the victors in games of this magnitude.

And if there’s one thing that Kroos has in surplus, it’s individual quality.