Everton are in talks with James Rodriguez over extending his contract until the summer of 2023, according to Marca.

Eyebrows were raised when James Rodriguez made the move from the Santiago Bernabeu to Goodison Park in the summer transfer window – and not just Carlo Ancelotti’s.

James had fallen out of favour at the Bernabeu, having failed to earn a permanent transfer to Bayern Munich. A move to Everton and a reunion with his former coach was seemingly the best option on the table.

While Rodriguez has not been ever-present for the Toffees, when he has featured, his class has shone through. He has star quality, and all due respect, clubs like Everton aren’t often able to boast that. 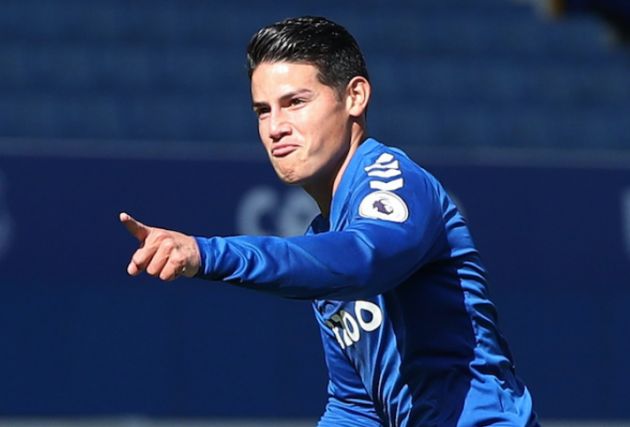 James Rodriguez has proven to be a shrewd signing by Everton.

It’s no surprise that, as Marca report, Everton are keen to tie James down to a new contract, one which would see him remain on Merseyside until the summer of 2023.

The Spanish publication claim that negotiations are already underway, with those pulling the strings at Everton thought to have an “obsession” with the idea of keeping James around at the club.

It’s easy to see why…