Manchester United are enduring a tough time on and off the field at present and it appears that the supporters have finally had enough.

The Super League fiasco will take a while to die down even if the noise surrounding it from a week ago has dissipated somewhat.

That has reignited fan fury with club owners, the Glazer family, after a relatively calm period where, although supporter ire had never truly disappeared, it had been relegated to a matter of seemingly less importance than results.

Ole Gunnar Solskjaer, on balance, has done as well as could be expected, though a bad result has followed a good one far too often during his tenure. 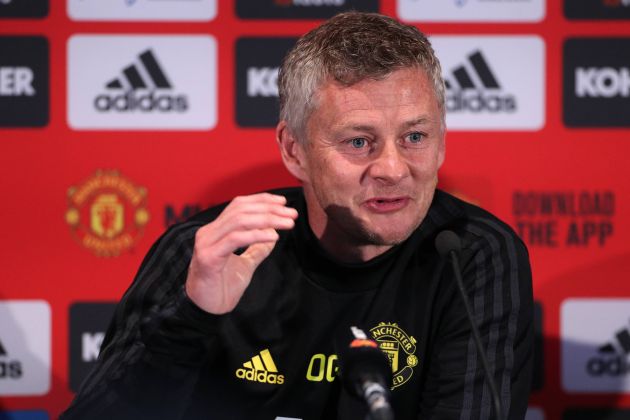 The 0-0 draw against Leeds at the weekend is another case in point.

Whilst the Red Devils were never going to catch neighbours Man City at the top of the Premier League tree, clearly fans are unhappy at what they perceive to be the players taking their foot off of the pedal in certain matches.

“Key hours ahead” as Chelsea work on major transfer, but Arsenal still “waiting” for potential developments
Barcelona open to selling star for just £17.2m after one year
£70m fee agreed: Man Utd closing in on major signing that could pave the way for another important deal

Perhaps that’s why, as the Daily Star report, the #OleOut hashtag is trending once more, with fans looking to vent over the clubs problems and directing their upset in the Norwegian’s direction.