It’s been a tough seven days for Stan Kroenke after the Arsenal owner signed the club up to the European Super League.

Within 48 hours of the announcement, the Gunners, like many of the other English clubs who accepted an invitation, backed out of the project, but the fact that they’d even decided to take part in the first place has since seen a wave of criticism coming Kroenke’s way.

This culminated in some sustained protests outside the Emirates Stadium on Friday afternoon before the Everton game, and more protests are being scheduled prior to the Europa League fixture against Villarreal. 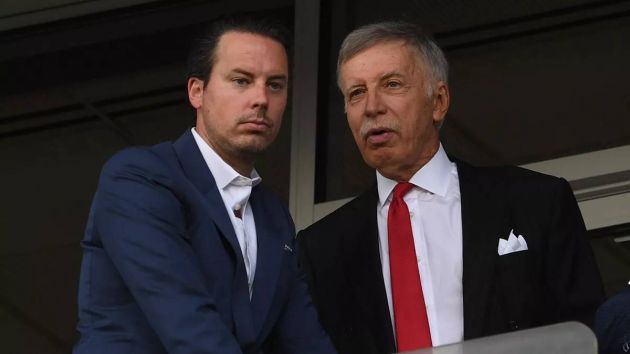 Arsenal supporters are not particularly fond of the Kroenke family.

On Monday came news to cheer all Arsenal fans, as Spotify owner, Daniel Ek, gave notice that he’d like to buy the club and former club greats, Dennis Bergkamp, Thierry Henry and Patrick Vieira were all on board.

They, and the fans, are destined to be disappointed however, because Kroenke has no intention of selling up according to the Daily Mirror.

Whether sustained pressure from supporter groups eventually sees him change his mind is a moot point at this stage.