Wilfried Zaha has scored a potentially pivotal goal in the race for top four by giving Crystal Palace the lead away at Leicester City.

Leicester headed into tonight’s game in third place in the table, knowing that a victory would see them strengthen their grip on the top four, which would see them play Champions League football next campaign.

However, Brendan Rodgers’ men were in a similar position last time around and eventually dropped out of the Champions League qualification places. They couldn’t do it again, could they? 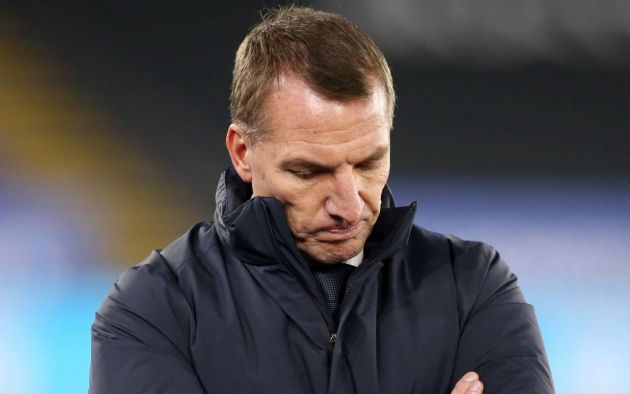 Brendan Rodgers will be wary of history repeating itself at Leicester City.

There’s still a long way to go in this contest and the season, but Wilfried Zaha has put them 1-0 down on their own turf after beating the offside trap and passing the ball past Kasper Schmeichel and into the back of the net.

Leicester City have work to do, because if the scoreline stays the same, Chelsea, West Ham and Liverpool will be licking their lips…