Real Madrid are reportedly keeping tabs on Borussia Dortmund starlet Jude Bellingham, who has also been linked with Chelsea.

Bellingham, who came through the ranks at Birmingham City, chose Borussia Dortmund as the perfect place to continue his development – as many do.

It has proven to be a wise decision. Bellingham is playing, and excelling, in one of Europe’s top five leagues, and of course, scored against Manchester City in the Champions League.

As has been reported by Eurosport, Chelsea are thought to be keen on signing the 17-year-old, and it’s easy to see why.

MORE: Chelsea closing in on deal to beat PL trio to striker transfer 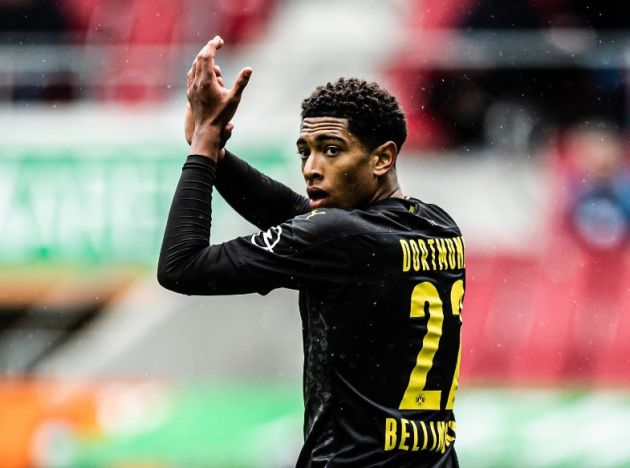 Jude Bellingham is one of the hottest prospects in European football.

However, as you’d probably expect, Chelsea will not have a clear run at signing him. Don Balon claim that even Real Madrid are taking notice of his exploits in the Bundesliga.

The report claims that Florentino Perez has shortlisted Bellingham as an alternative to Manchester United midfielder Paul Pogba, who is wanted by Zinedine Zidane.

Chelsea and Real Madrid’s reported interest is a huge compliment for Bellingham, but he could probably do with sticking around at Dortmund for a little longer. It’s done Jadon Sancho a world of good.