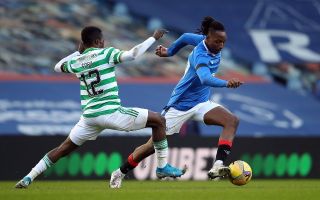 Tottenham are reportedly keeping an eye on Celtic midfielder Ismaila Soro ahead of a potential transfer move.

The 22-year-old is far from the biggest name in European football and hasn’t even always been a regular for Celtic, but that hasn’t stopped Spurs identifying him as someone who could strengthen their squad, according to the Daily Mail.

Soro joined Celtic midway through last season but made just one appearance in his first campaign in Scotland, though he’s managed to make more of an impact this term.

Tottenham could do with rebuilding their squad after a disappointing season, with Jose Mourinho recently sacked as the north Londoners look increasingly unlikely to finish in the top four.

Spurs were also beaten by Manchester City in the Carabao Cup final at the weekend, and it seems clear that much of this current squad is past its peak.

Soro could be a useful addition to give them more depth in midfield and perhaps provide them with a talent who could blossom into a key player in the future.