Todo Fichajes report that Robert Lewandowski wants out of Bayern Munich, with Chelsea being linked with a move to sign the superstar striker this summer.

Lewandowski is one of the best players on the planet, with Bayern Munich’s side tailored in way to maximise his effectiveness.

It’s that, coupled with his world-class ability, that has seen him produce quite unthinkable numbers over recent seasons.

However, as per Todo Fichajes, it’s not all rainbows and butterflies at the Allianz, with Lewandowski seeking greener pastures.

MORE: Chelsea could solve their goalscoring issues as winner of FIFA’s best player in 2020 emerges as a target 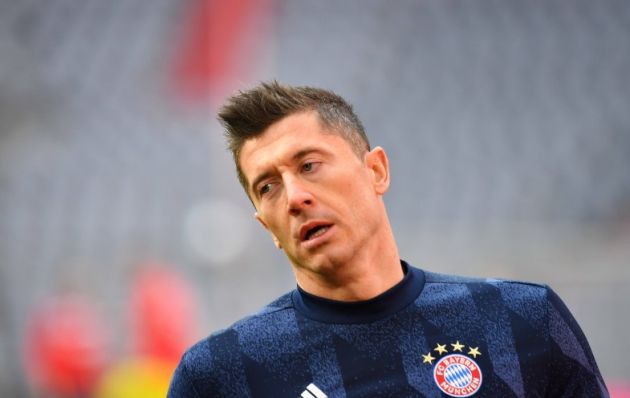 Robert Lewandowski has scored 43 goals in 37 games this campaign.

As per Todo Fichajes, Lewandowski has his heart set on leaving Bayern, with a move to La Liga or the Premier League his ambition.

This news comes on the very same day that the Telegraph mentioned Lewandowski as a potential summer target for Chelsea.

Roman Abramovich has a good relationship with Lewandowski’s agent, Pini Zahavi, so the Blues have a fighting chance.

Of course, beating the likes of Real Madrid and Barcelona to a player of Lewandowski’s quality will not be an easy task.

However, Chelsea have the financial firepower to compete, with the future looking very bright under Thomas Tuchel.