If the Glazers thought that they were over the worst at Manchester United, it appears that they’ll have to think again.

The spectre of a European Super League has been the straw that has broken the camel’s back as far as genuine football fans are concerned, with the Red Devils long-suffering supporters taking things a step further.

The training ground has already been broken into by fans whilst the players were in-situ, and it’s been alleged that Ed Woodward’s home has also been targeted. 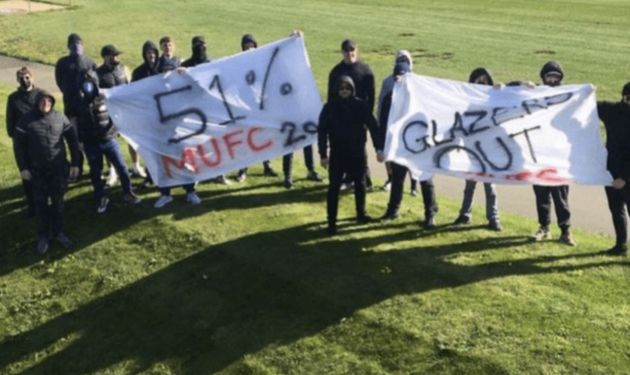 Now, according to the Daily Mail, as many as 10,000 fans will turn up at Old Trafford this weekend and make their feelings known before the match against Liverpool.

Given that the TV cameras will be on site, the protests are bound to receive worldwide coverage, and the supporters will surely be hoping that the pressure brought upon the Glazers as a result will be enough to finally force them out of the club.