Raheem Sterling looks set to push for a move away from Manchester City this summer, according to claims made by Don Balon.

Sterling has been a key figure for Man City since making the controversial move from Liverpool, but has not been trusted by Pep Guardiola in some more meaningful games this term.

Notably, Sterling was left out of the 2-1 victory over PSG at the Parc des Princes, finishing the contest as an unused substitute. He’s thought to be growing frustrated.

Don Balon go as far as saying that Sterling is concerned that Pep Guardiola will be at Man City long-term, which will prevent any improvement in his personal situation.

MORE: Harry Kane “hell bent” on transfer away and Man Utd or City moves could be realistic due to big personal ambition 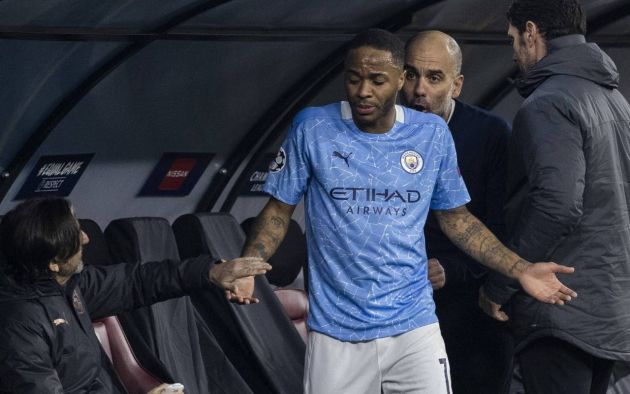 Raheem Sterling is thought to be growing frustrated with Pep Guardiola.

The Spanish publication suggest that Sterling could subsequently consider a move away from the Etihad this summer, with Real Madrid thought to be keen.

Pep is clearly an admirer of Sterling, but the England international remains rough around the edges, even though he is now 26-years-old and ought to be more refined.

Sterling can be wasteful and indecisive in the final third, and in Champions League semi-finals, you don’t oftentimes have enough chances to scupper them and still progress.

The thinking behind Guardiola’s decision to leave him out is clear. Whether Sterling is prepared to accept that shunning long-term remains to be seen.