Real Madrid scouts were not impressed with what they saw from Martin Odegaard and Dani Ceballos against Villarreal, according to Don Balon.

The Gunners fell to a 2-1 defeat in the first-leg of their semi-final clash with Villarreal, with Nicolas Pepe’s penalty the only positive to take from the contest.

Mikel Arteta’s game-plan was deconstructed by predecessor Unai Emery, who will take an aggregate advantage into the fixture at the Emirates.

Arteta will also be without Dani Ceballos, on loan from Real Madrid, who was shown a red card after picking up two yellow cards on the night.

MORE: Video: Europa League nightmare continues for Dani Ceballos as Arsenal and Real Madrid star is sent off against Villarreal for late challenge 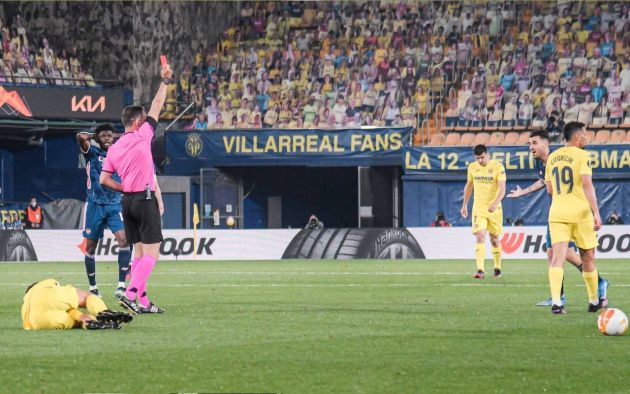 Dani Ceballos protests having been shown a red card by the referee.

Real Madrid scouts, present at the game, were not thought to have been impressed with what they saw from Ceballos.

In fact, Don Balon claim that both he and fellow Real Madrid loanee Martin Odegaard were considered lazy by the Real Madrid representatives in attendance.

It’s unclear whether Arsenal have the financial capability to sign either on a permanent basis, but if they do, that assessment ought to offer them some degree of encouragement.