With Leicester City flying high in the Premier League once again, it stands to reason that, not only will their players be looked at as potential purchases, but clubs will be casting their beady eyes over Brendan Rodgers.

The Foxes manager has them playing a superb brand of football, and another Champions League berth would be a just reward for their industry throughout the 2020/21 campaign.

It’s little wonder then that Tottenham Hotspur are being linked with making Rodgers their preferred replacement for Jose Mourinho, per the Daily Mail.

However, the Midlanders stand to benefit to the tune of £40m this season if they finish in the Champions League places, according to the Daily Telegraph. 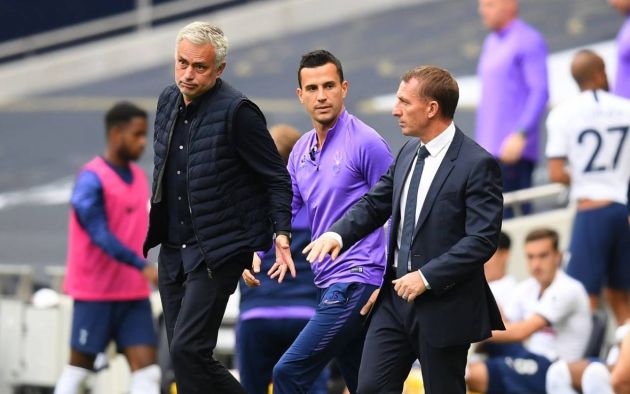 Along with guaranteed European football again next season, that should be more than enough to keep Rodgers in situ.

Club confident of clinching Man United transfer raid after being locked in talks for most of January
“This is going on as we speak” – Leeds United new manager search confirmed
Vlahovic, Traore plus major Man Utd & Spurs exits: 10 transfers set to go through before January deadline

Though Spurs are arguably the bigger club, with the greatest of respect, there’s no valid reason for Rodgers to leave Leicester at this juncture.

Particularly as he appears to be building something really special at the King Power Stadium.