It’s always fun to watch a player rise through the divisions, but it appears that Ivan Toney hasn’t found a level that’s beyond him yet.

He had a couple of outstanding seasons with Peterborough as he scored 49 goals in two seasons, but his figures have actually improved this season after the step up with Brentford as he’s scored 29 goals and assisted 10 more.

That proves he’s an all-round striker who has more than just goals to his game, and it should be exciting for West Ham fans to hear a report from Claret and Hugh via Goal which has indicated that talks have been opened about signing him this summer.

The report does claim that there is other interest so it makes sense to try and get this over the line as soon as possible, but Brentford will fancy their chances of going up in the playoffs so it’s possible that they’ll look to wait until the end of the season before approving anything.

Toney is still only 25 and he’s a player who’s still improving and he’s on an upwards trajectory so he looks like an excellent prospect for any Premier League club, and he could help take this West Ham team to the next level if they can complete his signing. 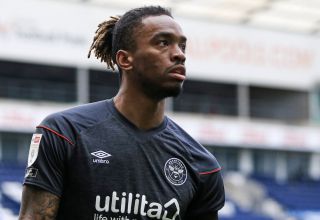