Naby Keita could be sold by Liverpool this summer as the club looks to raise transfer funds, according to the Sunday World.

When Keita signed for Liverpool for a then club record £48M, as per BBC Sport, expectations were high.

However, following struggles with injury and fitness, combined with his inability to adapt to life in the Premier League, Keita is surplus to requirements at Anfield.

If the Sunday World are to be believed, he’s one player who could be sacrificed as Jurgen Klopp looks to raise funds for a summer transfer splash. 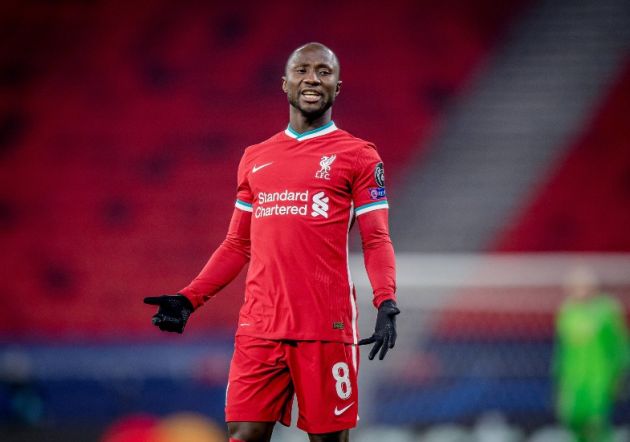 Naby Keita could be set to leave Liverpool this summer.

The Sunday World report that Liverpool are open to offers for Keita. Though, there is no suggestion of how much they will be looking to receive in return.

You have to think it unlikely that they will have much luck recouping what they paid for him back in 2018.

Though, Keita is only 26-years-old and is undoubtedly talented. Just because things haven’t worked out for him at Anfield, it doesn’t mean he couldn’t go on to have a successful career elsewhere.