Man United could do with recruiting a centre-back capable of partnering Harry Maguire long-term when the summer transfer window opens. According to Manchester Evening News, Raphael Varane is thought to be on the Red Devils’ agenda.

However, the Man United hierarchy will be well aware that Varane could be using interest from clubs such as Man United as leverage in contract talks with Real Madrid. It’s unclear at this point whether he’ll actually be departing.

If United are ultimately unable to sign Varane, they’ll have no choice but to pursue alternative targets, one of which, as per Todo Fichajes, is Barcelona defender Samuel Umtiti. 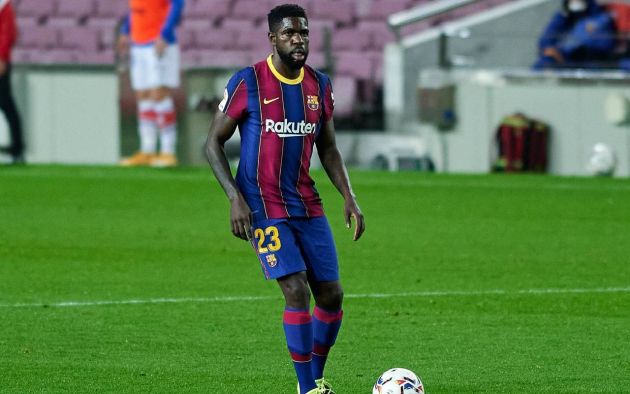 Samuel Umtiti has had his fair share of injury problems at Barcelona.

Now, pursuing Varane and ending up with Umtiti would be like walking into a car dealership with the intention of buying Bugatti Veyron, before ultimately driving out with a Fiat 500.

After a bright start to life as a Barcelona player, the Frenchman’s performances have nosedived. But, as per Todo Fichajes, that makes it likely that Man United would be able to secure him on the cheap.

You could argue, though, that with Eric Bailly having signed a new contract, Man United would be better off sticking with what they’ve got. Let’s what and see what the decision is come the summertime.