West Ham star Declan Rice is reportedly pushing hard to make it back to action against Burnley in tomorrow’s Premier League clash.

The Hammers have been without Rice in recent times and it’s certainly hurt their top four chances towards the end of this campaign, though a win on Monday could still give them hope of Champions League qualification.

Rice returning would be a huge boost for David Moyes’ side, and a report from Sky Sports claims the England international may be in contention.

Rice suffered a knee injury during the international break and it’s proven costly for West Ham, so if he can get back earlier than expected that’s a potential game-changer for the team in the coming weeks.

Moyes will no doubt hope Rice can indeed make it back, though he might also be wise not to rush him if he’s not quite ready yet. 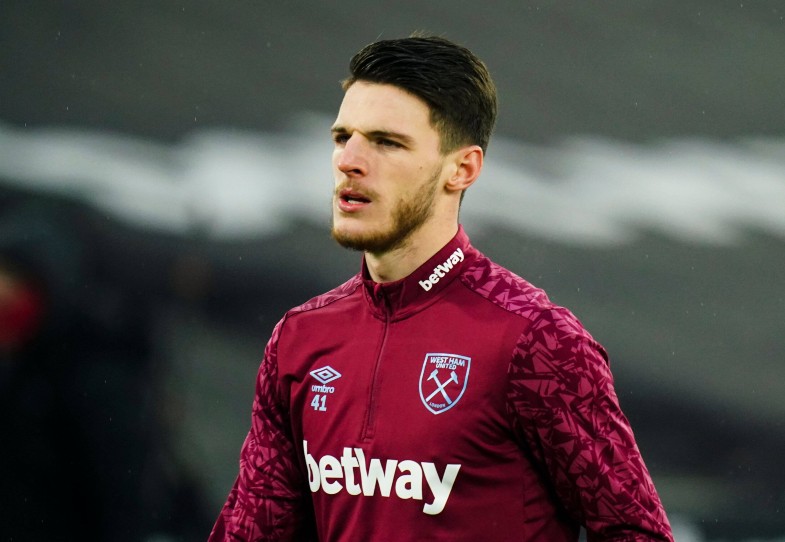 Declan Rice to return from injury earlier than expected?

West Ham have just two wins in their last six games and there needs to be an improvement quickly or the top four will no longer be a realistic dream.

Their remaining fixtures are relatively kind, at least on paper, with Everton and Southampton at home and away games against Burnley, Brighton and West Brom.