Borussia Dortmund chief Michael Zorc has confirmed that there is a “gentlemen’s agreement” in place which would allow Jadon Sancho to leave the club if the price is right.

Sancho made the giant leap to leave Manchester City and join Dortmund as a young man. It’s a move, which takes some serious cojones, that arguably not enough English players would be brave enough to make.

Fast forward a few years, and it’s safe to say it’s been a wise decision from the winger, who is now one of the hottest properties in football, solely as a result of the regular game-time he has been given at Dortmund.

However, Dortmund are, all due respect, a selling club. They buy players, develop them and later sell them for considerable amounts of money. It’s hard to imagine them doing anything different when it comes to Sancho. 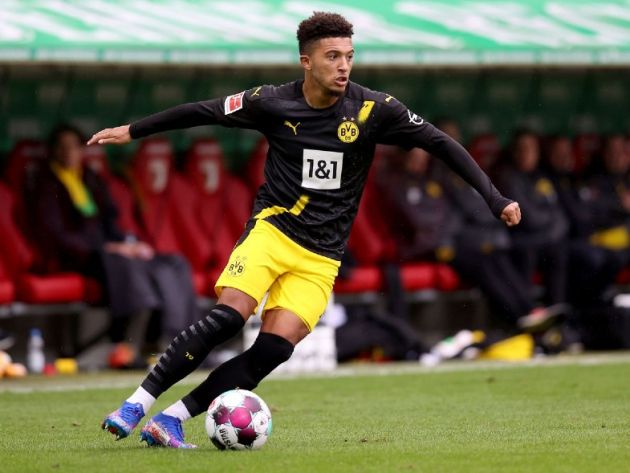 Jadon Sancho remains a top target for Manchester United, as well as Liverpool.

CaughtOffside understands that both Manchester United AND Liverpool are interested in signing the Englishman this summer, and if Michael Zorc is to be believed, all they’ll have to do is write a tempting cheque.

Zorc has been quoted confirming that there is a “gentleman’s agreement” in place to let Sancho leave for certain terms, while he notes that one does not exist in the case of superstar striker Erling Haaland.

Borussia Dortmund director Zorc to ARD: “We already had a gentlemen’s agreement with Jadon Sancho since last year that he can leave the club under certain conditions”. ???

“However, this agreement does *not* exist with Erling Haaland”. ? #BVB

It’s difficult to imagine Dortmund shouting the details of the agreement from the rooftops, but were Sancho to be keen on departing, that information would surely be communicated to the clubs via his camp.

For all the latest on Sancho and Haaland, click here.