Chelsea manager Thomas Tuchel has provided an update on the brilliant Mason Mount after the midfielder suffered an injury scare against Fulham on Saturday evening.

Mount was withdrawn from the field of play after appearing to sustain a knock.

Considering how crucial a player he is for Chelsea, and with the Champions League semi-final second leg against Real Madrid coming up, Blues fans will have understandably been a little concerned to have seen him be withdrawn.

However, speaking after the match, Tuchel revealed his belief that the damage done to Mount against local rivals Fulham was nothing substantial. 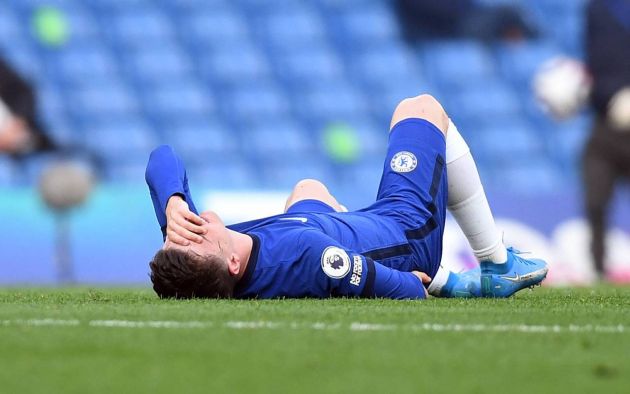 Mason Mount picked up a knock during Chelsea’s win over Fulham.

Tuchel is quoted by the Mirror saying:

“I hope Mason will be okay. I don’t think it was a big thing but we took him off so he can recover ahead of Real Madrid.”

“It was my decision – there was not any doctor or physio who told me to take him off. But I saw him landing hard and it was the moment anyway when we wanted to take him off anyway.”

It took some longer than it should’ve to recognise what a good player Mount is. He’s silenced his critics with his superb performances on the field of play.

Mount can reaffirm his credentials as a Chelsea starter and future world star with a performance against Real Madrid at Stamford Bridge, assuming he’ll be fit to feature.