If there’s one man that bleeds black and white, it’s Alan Shearer.

The all-time Premier League goalscorer led from the front during his time at his boyhood club, Newcastle United, so it’s no wonder that when he sees players not trying for the Magpies, he’ll call it out.

When Shearer speaks, the Toon Army listen, and they too have vented their anger on social media.

Shearer’s ire was directed towards two players in particular, in the wake of Newcastle’s defeat at home to Arsenal, who themselves aren’t close to being at their best just now.

“I don’t want to be too harsh because they have been impressive and improved a lot in the last few weeks,” he said on Match of the Day 2, cited by Chronicle Live.

“I thought going into the game today that they would have started really well and headed into the game full of confidence and went after Arsenal because it was the time to play Arsenal.

“But they never really got going. They were slow, there was no energy and that summed up the performance for Newcastle. 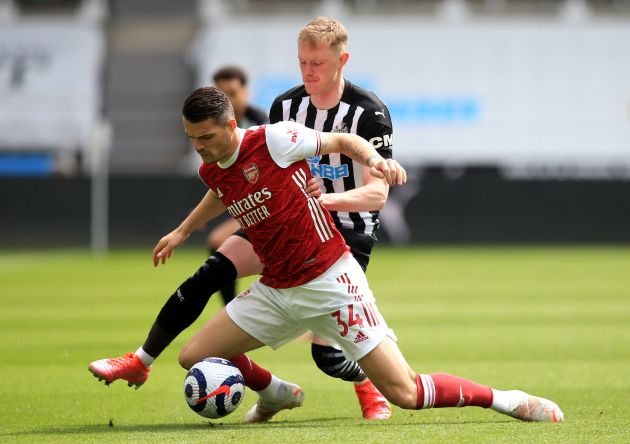 “Then look at Longstaff and Ceballos. He should track him but he doesn’t and when you look at when the ball eventually comes into the box, if Aubameyang misses it then Ceballos has a tap in because Longstaff isn’t with him.

“He doesn’t get it and look who is on the end of it. Elneny. He has got away from Shelvey who is still 10 yards away from him.

Although they’re nine points clear of relegation now and only a freak series of results would send them down to the Championship, Steve Bruce’s squad still have a lot to work on.

Desire, commitment, work-rate and giving their all for their manager would be a start.