Still alive in the Europa League and, if all goes well in their final few games of the season, destined to finish second in the Premier League, Manchester United have had a decent season when all is said and done.

For all of the ‘Ole out’ chatter, the Norwegian has done remarkably well and, if he’s given the tools to do the job in terms of transfer spend across the summer, there’s no reason why there can’t be further improvements made.

One of his most successful purchases thus far has been Bruno Fernandes. The Portuguese midfielder has been a revelation at Old Trafford and a chief reason why silverware remains on the table at this juncture.

However, Bruno has laid bare a furious row that has split the dressing room, and it’s one that every football fan will surely have discussed at one point or another.

“They [Fred and Telles] always talk about who is the best player in the world, in history, blah blah….,” the player said to the official Manchester United website.

“We always fight because they say Pele was the best in the history of football and I’m talking and I put Cristiano in the middle, of course.

“For me, Cristiano and [Lionel] Messi, I always say, both make history for many years and they were capable of being at the top for many years. 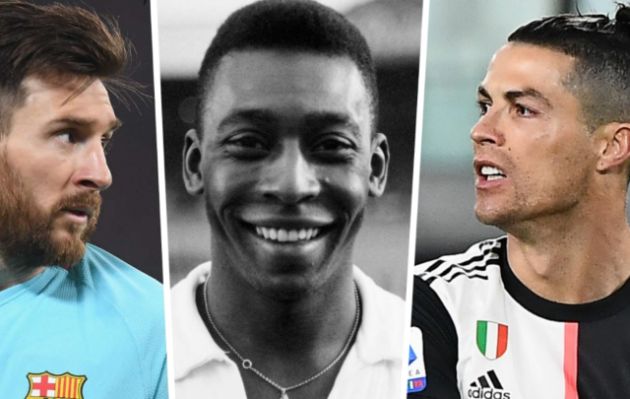 “And, of course, the same as me, they have never seen Pele play so they can’t say he was the best because they never saw him. They say it because they’re Brazilian and, in Brazil, they say it.

“I think Pele is one of the best in the world because I hear people talking about him and I’ve seen some history and some videos and you watch and everyone can see [Diego] Maradona, Eusebio and people talk about Pele as being the best of all time.

“So, for me as a Portuguese, I always defend my players. It doesn’t matter if I like them or not, I defend the Portuguese players every time.

“So this is a fight between Brazilian and Portuguese people but it is more of a joke than other stuff.”

Thankfully for the Red Devils the argument is nothing serious, and it seems that the players will just have to agree to disagree on this one.