It’s been a desperate season for Newcastle United in 2020/21, and only a late mini-revival has dragged the Magpies clear of the relegation zone.

Steve Bruce has been unable to inspire his team for large parts of the campaign, but one has to question how much blame the players should shoulder.

After all, the Magpies have some decent exponents within their squad, not least powerhouse midfielder, Jonjo Shelvey.

Lest we forget that the Londoner was an England international once upon a time, and began his career at Arsenal, their Premier League opponents last weekend. 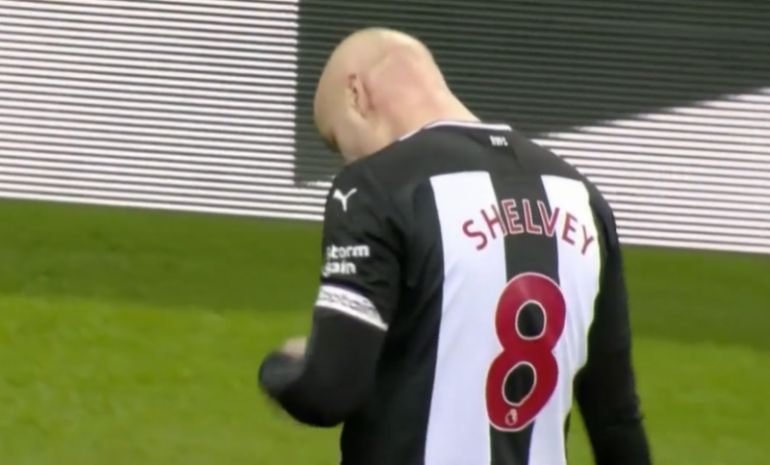 It appears that anyone connected with the south will get short shrift from the long-suffering Newcastle supporters, intent on making chairman, Mike Ashley’s life a misery.

Even those with a tenuous connection to London seem to be tarred with the same brush, though Shelvey hardly did himself any favours on the pitch against the Gunners.

That performance certainly wasn’t appreciated by the Toon Army, who took to social media to vent their anger.

I pray this is the last season of Shelvey in our midfield.#NUFC

Shelvey will have to walk the dog tonight to make sure he gets his 10k steps in.

Benitez found shelvey out 4 years ago. Hes a huge problem for nufc. When he plays he makes us 20 years too deep