It was one of Barcelona’s best second halves of the season and, as usual, Lionel Messi was at the heart of it.

Considering how near the Argentinian had come to leaving the club at the start of the campaign, his continuing excellence across the season has been nothing short of revelatory.

The 3-2 win against Valencia saw a Messi double and another from Antoine Griezmann, who has finally found some form ahead of the game of the season against the Frenchman’s former side, table-topping Atletico Madrid, next Saturday.

It’s a match that Barcelona simply have to win, any other result won’t see them mathematically out of the title race, but it would require an unlikely set of results for them to lift the silverware at season’s end. 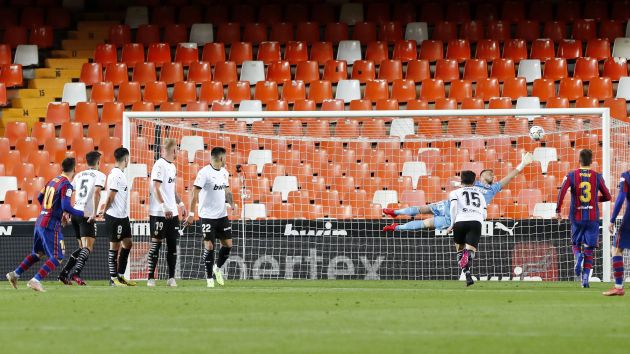 One person who is convinced that they can do it is president, Joan Laporta.

“I said before the game against Valencia that if we win the five games we have left, we’re convinced we will win the league,” he was quoted as saying after the game, cited by Sport.

“Well, now it’s no longer five, now there are four games left to win the title. I have confidence in ourselves.”

With Messi in the form of his life – again – and gunning for another Pichichi and European Golden Shoe, the Catalans certainly can’t be discounted.

Should they beat Atleti, which is by no means a given, they’ll need Sevilla to do them a favour against Real Madrid on Sunday in order to top the table for the first time this season.