Arsenal are hoping to exploit their good relationship with Real Madrid to sign midfielder Isco this summer, according to Todo Fichajes.

The Gunners currently house Dani Ceballos and Martin Odegaard, both of whom they signed on loan from Real Madrid.

Todo Fichajes claim that Arsenal have accepted neither player will be sticking around beyond the end of the season, but their business with Real Madrid may not yet be finished.

As per the report, Isco, whose contract with Real Madrid expires in the summer of 2022, is wanted by Arsenal, as well as Sevilla, Real Betis and Juventus.

MORE: Arsenal set to lose star this summer as his agent reaches out to other clubs 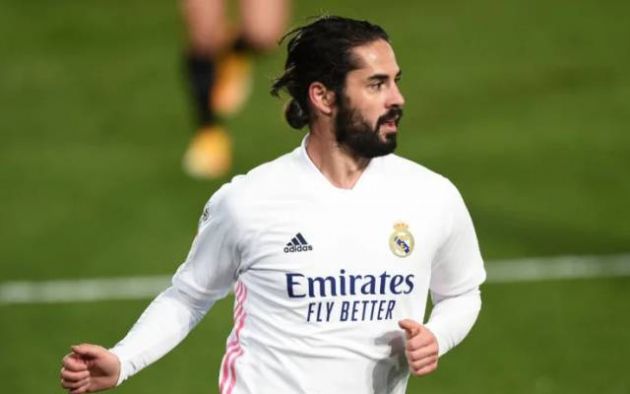 Isco is being linked with a move to Arsenal.

Considering the Spaniard’s precarious contractual situation, he has to be sold this summer if Real Madrid want to have any chance of receiving a fee in exchange for him.

Todo Fichajes note that Arsenal could provide them with an opportunity to get some cash for the midfielder, but it’s unclear exactly how much they’d demand in exchange.

Arsenal would do well to attract a player with Isco’s reputation without the promise of European football. Though, if he fancies a new challenge, he’d find one at the Emirates.