Initially it looked like the interest from Spotify founder Daniel EK in buying Arsenal was a throwaway Twitter remark or a cheap PR stunt, but it’s becoming clear that he’s very serious.

It’s hard to find any Arsenal fans who are supportive of the Kroenke regime so it’s likely that the takeover would be popular, while he’s also got some legendary ex-players on side in Thierry Henry, Patrick Vieira and Dennis Bergkamp.

It’s been reported that EK and the trio met with the Arsenal Supporters’ Trust, and it appears there are some positive feelings after a meeting that was described as “constructive”:

? "A constructive meeting was held and we were encouraged to hear their commitment to making the role of fans central to their proposals."

The Arsenal Supporters' Trust on their meeting with Daniel Ek and the takeover consortium ?https://t.co/Vby6mEbuBM

The main takeaway from the meeting is that the new regime would make serious attempts to inject more “Arsenal DNA” into the entire club, while they would also look to make the fans central to their decision making so a lot of the right things are being said.

The problem will be actually forcing the Kroenke’s out or convincing them to sell, with the report suggesting that EK has attempted to reach out to the Kroenke’s for discussions but they haven’t responded yet.

You do get the feeling that momentum is building in this potential takeover and it’s going to take more than one summer of above-average spending from the current owners to get the fans back on side, so there will be hopes that something can happen here. 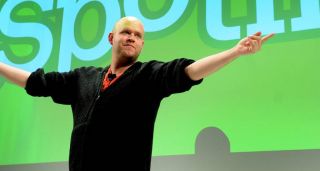 Huge news for Arsenal as rumoured interest in takeover from billionaire is genuine April 24, 2021 22:52
Arsenal FC