Manchester United have been mentioned as a possible suitor for Bayern Munich striker Robert Lewandowski by Todo Fichajes.

Lewandowski was crowned the best player in the world by FIFA for his stellar performances throughout the 2019/20 campaign.

Lewandowski has followed that up with 43 goals in 37 games this season, and will no doubt be looking to reach that impressive milestone of 50 before the season’s end.

If Todo Fichajes are to be believed, the season’s end could mark the end of the Bayern Munich chapter in Lewandowski’s glittering career. 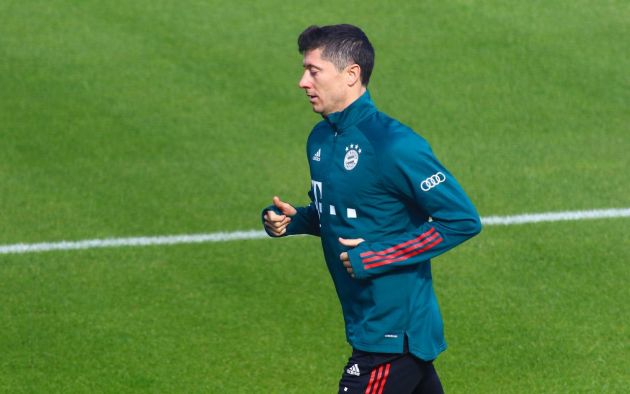 Robert Lewandowski has been linked with a move to Manchester United.

The report claims that Lewandowski is keen to change scenery this summer, with Sky Germany having previously reported that several top clubs are keen on signing him.

Todo Fichajes name Manchester United as one side that would be interested in signing the 32-year-old. The Red Devils already have one veteran striker firing in the goals for them.

Unlike Cavani, though, who Man United signed on a free transfer, Todo Fichajes note that Lewandowski’s valuation remains in the region of €60M.