Chelsea are reportedly one of the latest clubs to show an interest in a transfer deal for Borussia Dortmund winger Jadon Sancho.

Liverpool and Manchester United are also chasing Sancho, CaughtOffside understands, and it looks like the Blues could be tempted into pursuing a deal as well.

The latest from German outlet Bild is that Sancho is now also a target for former Dortmund boss Thomas Tuchel at Chelsea, while the England international looks set to be available for a cut price fee of just £78million.

Sancho could be a superb signing for Chelsea right now, with upgrades surely needed on struggling attackers such as Timo Werner and Hakim Ziyech.

Both players joined the west London giants last summer, but are yet to really settle in and show their best form since arriving at Stamford Bridge.

Christian Pulisic has also been slightly inconsistent, while Callum Hudson-Odoi now seems to be viewed as more of a wing-back by Tuchel, meaning another wide forward would undoubtedly be an important addition. 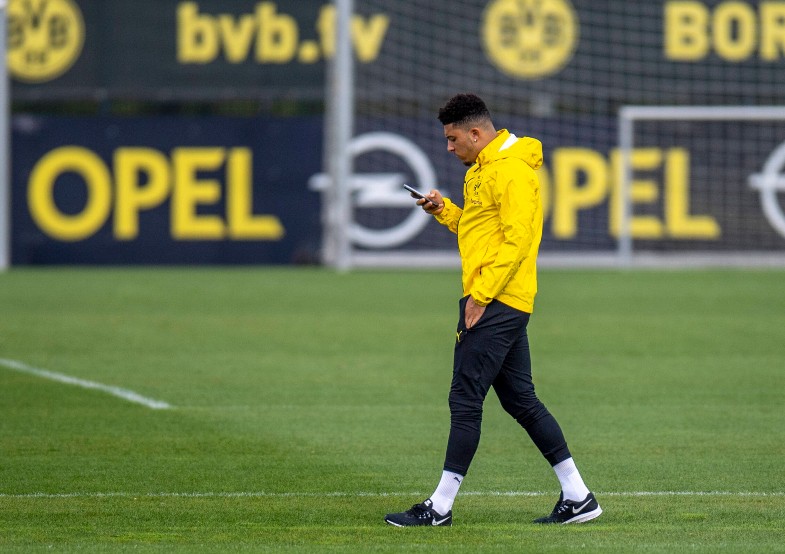 Jadon Sancho should have plenty of transfer offers this summer

Sancho would also be an exciting purchase for Man Utd as they look to close the gap on Manchester City next season, with the Red Devils surely in need of an upgrade on the inconsistent Anthony Martial, while Daniel James is surely only a squad player at best.

Liverpool could also benefit from signing Sancho, with the Reds no longer the force they once were as Sadio Mane and Roberto Firmino have both suffered a major dip in form this season.

If any of these clubs can sign Sancho for just £78m it could be superb business for one of the most exciting young players in world football.