Chelsea have been advised to seal the transfer of Manchester City striker Sergio Aguero this summer as Ian Wright expresses his disbelief that Pep Guardiola is allowing him to leave.

Aguero is set to become a free agent this summer as his Man City contract expires, and one imagines there’ll be a host of top clubs vying for his signature.

Aguero transfer odds have already been doing the rounds and some big names are in there, including Chelsea at just 4/1, though Barcelona seem to be the current favourites.

Wright believes Aguero could be an ideal signing for Chelsea, however, and also seems to have warned Guardiola about letting the legendary Argentine leave the Etihad Stadium.

MORE: How Conte persuaded Kante to snub Arsenal for Chelsea

City fans will certainly not be happy if Aguero ends up leaving for a rival like Chelsea and continuing the superb scoring record he’s had during his time in the Premier League.

Wright, speaking on his podcast, said: “I think that decision has come from Pep Guardiola, Pep Guardiola doesn’t want him there anymore.

“I heard his [Guardiola’s] interview [after the Crystal Palace win], ‘What a goal, what an action, what a player, what a man, I’m incredibly delighted he’s back’, none of that makes sense to me. The fact we now know he’s leaving, it doesn’t make sense. 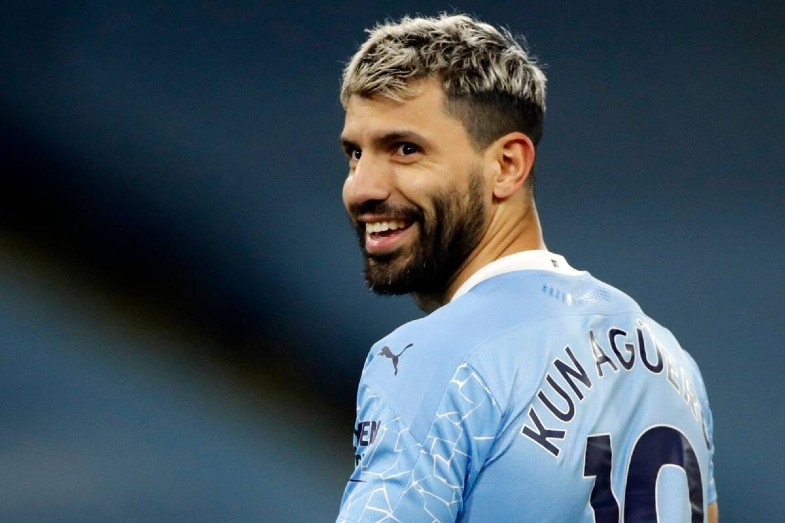 “He was so sharp against Crystal Palace. How a player of that calibre, as good as he is, is not starting against PSG [in the Champions League semi-final first leg] when you saw the chances they created where they didn’t have a No.9, you saw the way he took his chance against Palace, you’re thinking, you need a half-chance taker.

“We’re talking about going into the next phase for Pep to go into that place where he should be [winning the Champions League], where he’s gone with Barcelona but he needs to do it with another team.

“You’re going into that situation without arguably one of the greatest strikers. It doesn’t make sense that he’s leaving.

“Can I throw something out there? He should go to Chelsea.

“When you look at Edinson Cavani [at Manchester United] and the pace of the guys behind him, you look at Luis Suarez at Atleti, the pace and everything they’ve got around him.

“Can you imagine Aguero up top for Chelsea with Mason Mount, Kai Havertz, all those guys, [Callum] Hudson-Odoi, [Christian] Pulisic around him, that’s 25 goals.

“I’ve fabricated this all in my head that he’s vexed with Pep [Guardiola] and it’s the kind of thing where he’ll say, ‘Yes, I’m going to go to Chelsea’.”