The Red Devils are keen to sign a new midfielder this summer but view Rice as overpriced and too slow, according to Claret and Hugh.

They cite Man Utd sources as saying Rice just isn’t considered the style of midfielder the club is after at the moment, which is surely great news for West Ham.

David Moyes’ side have had a fine season and remain in contention for a place in the top four, which could be huge for the club and for their hopes of keeping big names like Rice. 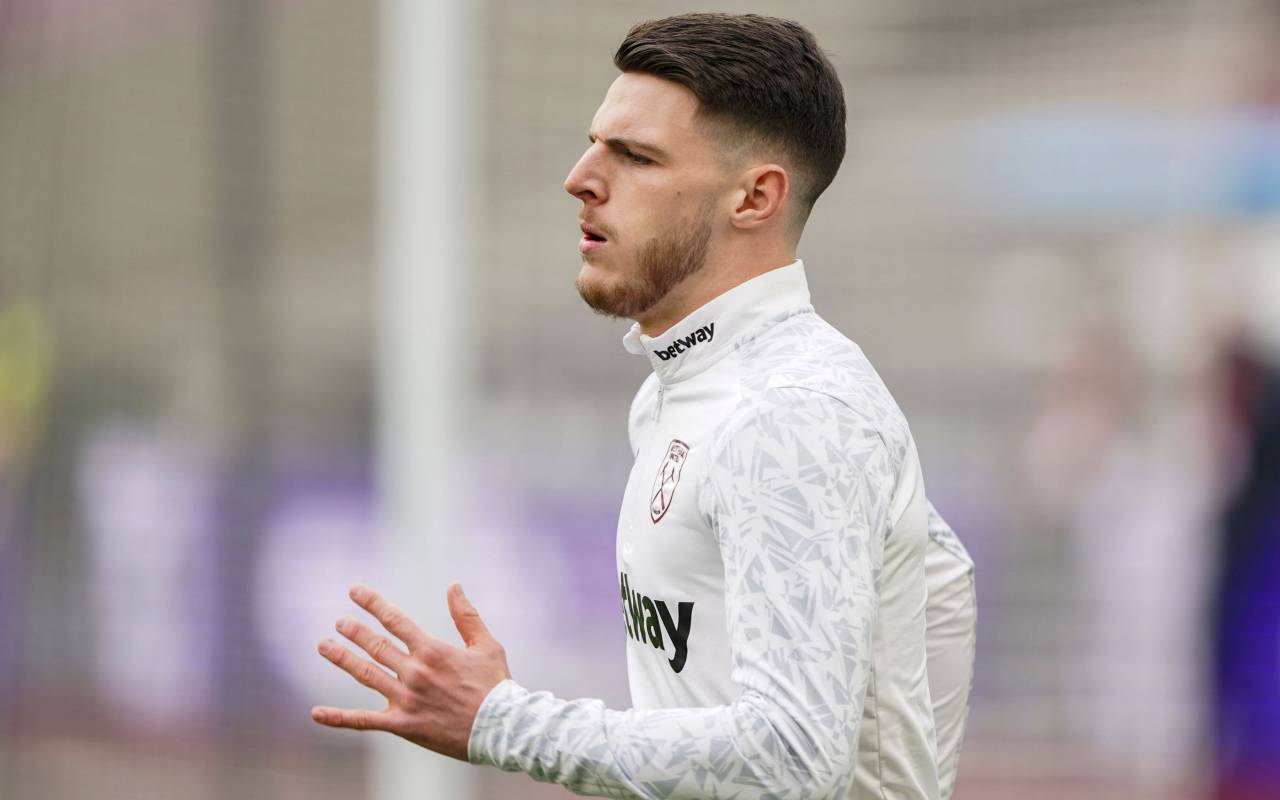 Declan Rice is too slow and expensive for Manchester United, apparently

The England international is one of the finest young players in Europe at the moment and it seems bizarre that United have come to the decision they have on him.

There is surely room for Rice in Ole Gunnar Solskjaer’s squad, with the 22-year-old an ideal long-term replacement for someone like Nemanja Matic, and arguably a better version of players like Scott McTominay and Fred.

“The scouts have sent back plenty of positive reports on Rice but there are a couple of suggestions he might not have the pace they are looking for, and he’s more comfortable playing side to side, rather than breaking lines like Pogba or Matic do,” United’s source told Claret and Hugh.

“United want to sign at least three players this summer and they are hearing West Ham would demand £100m for Rice, which the people at Old Trafford consider at least £20m too much.”

This could end up being one that United live to regret…