According to Don Balon, PSG are even more focused on signing Kane now, and it may be that the Spurs hit-man is brought in as a replacement for Kylian Mbappe, who is approaching the final year of his contract at the Parc des Princes.

Kane seems likely to be on the move this summer after a difficult season at Tottenham, with the England international perhaps feeling he’s running out of time to win major trophies.

PSG would be a good destination for him in that respect, and it would also give him the chance to link up with former Spurs manager Mauricio Pochettino.

Still, Don Balon name Manchester United as other suitors for Kane, and the Red Devils would undoubtedly benefit from strengthening their attack.

Edinson Cavani is unlikely to be a long-term option at Old Trafford, while Ole Gunnar Solskjaer has often been overly reliant on midfielder Bruno Fernandes for goals. 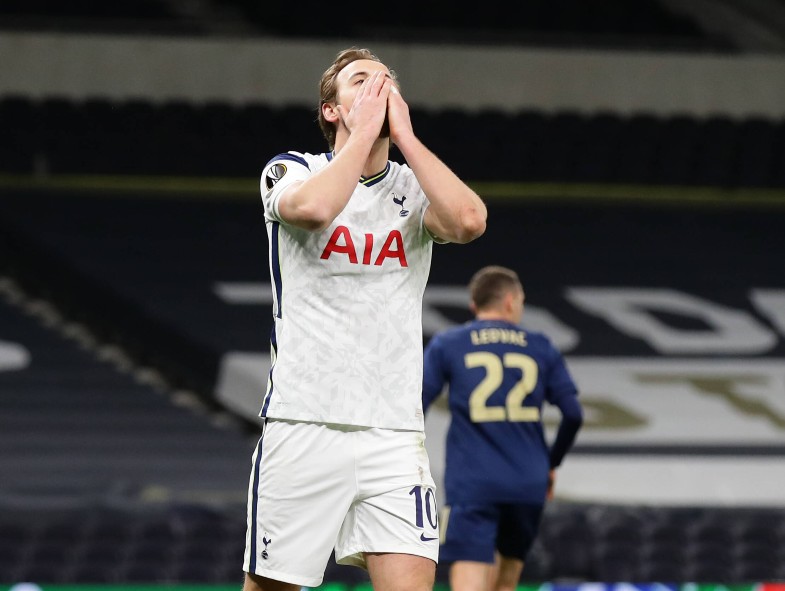 Harry Kane is being linked with PSG and Manchester United

Kane could be ideal to turn Man Utd into more genuine title contenders, with the 27-year-old one of the most lethal finishers in world football.

PSG’s latest struggles in the Champions League only seem set to encourage them to push even harder for Kane, however, so this could end up being bad news from a United point of view.