According to the Star, Ole Gunnar Solskjaer is now preparing for the summer exit of superstar David de Gea, now that the Spaniard has lost the No.1 spot to academy graduate Dean Henderson.

The Star report that De Gea is not willing to play second fiddle to Henderson and that the 30-year-old feels ‘disillusioned’ with life in Manchester, leaving the high-paid stopper open to even a loan move.

De Gea was still the man in between the sticks for the Red Devils for just over half of the season, with Henderson being resigned to action in the cup competitions.

But it all changed when De Gea flew off to his homeland of Spain to welcome a baby with his partner. Henderson filled in promisingly for his teammate and hasn’t looked back since.

The Star add that Paris Saint-Germain are keen on signing De Gea on a short-term loan deal now that the stopper is left as an unused second-choice option at Old Trafford. 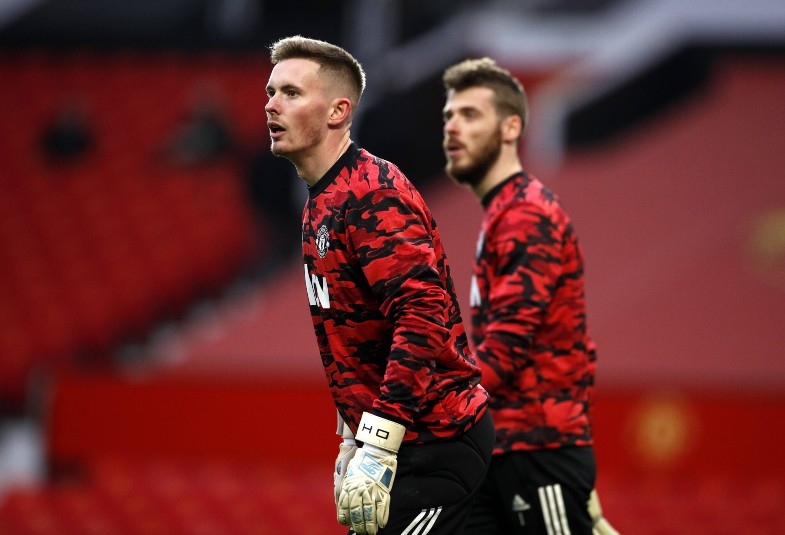 De Gea has lost the Manchester United No.1 spot to Dean Henderson.

Instead of the attention this summer being on De Gea marking a decade with United, it’s now abundantly clear that the club are moving on from the ex-Atletico Madrid man and an exit is on the cards.

It makes the decision to hand De Gea a marquee new contract worth around £375,000-a-week, per the Telegraph, at the start of the 2019/20 season all the more perplexing, and resembles yet another costly oversight from the side’s recruitments and contracts team.