Calciomercato report that Sarri told agent, Fali Ramadani, to ‘listen to important calls’ after missing out on the Roma vacancy to Jose Mourinho, who will make a quick return after being sacked by Spurs.

It will be interesting to see how Spurs supporters react to the news of Sarri apparently being the prime target, as the 62-year-old managed rivals Chelsea and is coming off of a sacking from Juventus. 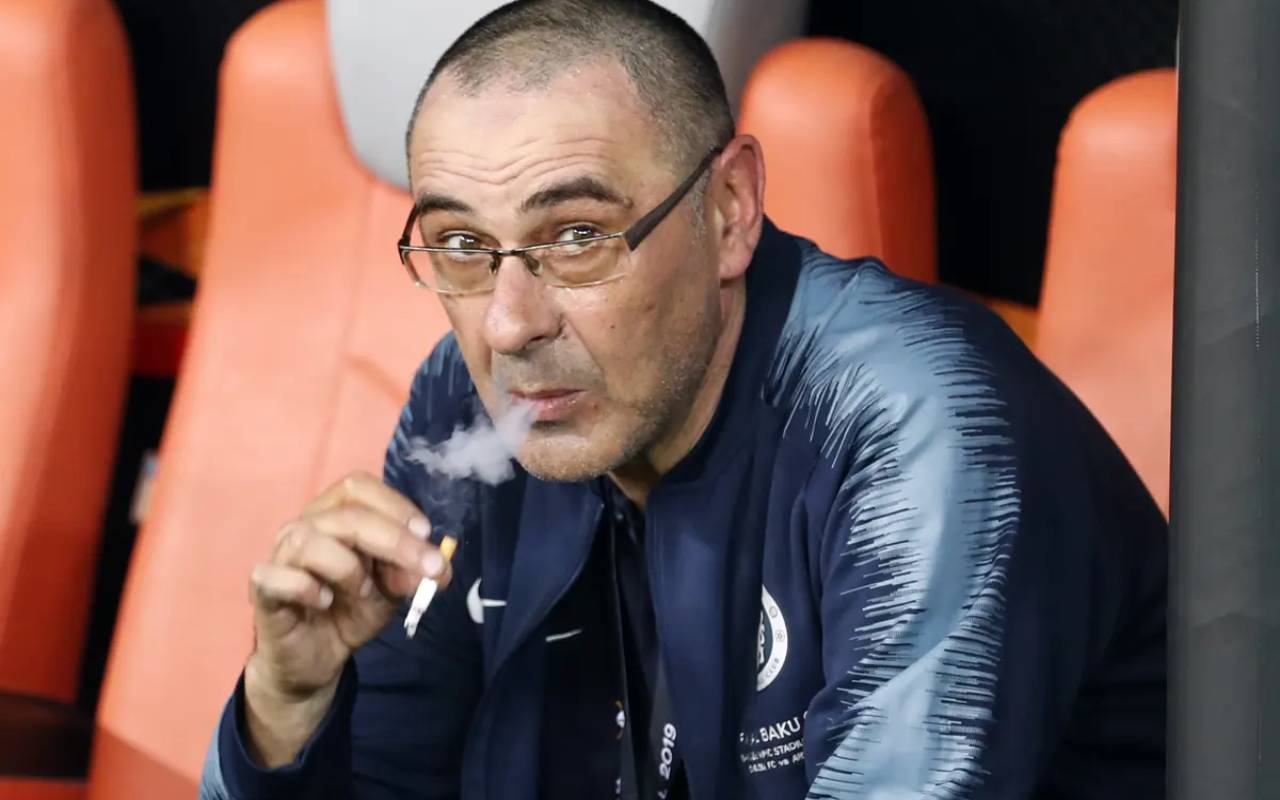 Maurizio Sarri during his time as Chelsea boss.

Sarri may actually need to sacrifice some of the payment he still receives from Juventus, as he’s still contracted until the summer of 2022, in order to land himself a new job.

Tottenham need a stable appointment after a turbulent time under Mourinho, the side also need the kind of figure that can ensure their best players remain at the club, otherwise they’ve now lost what was their best window to win a major trophy in years.