Former Chelsea star Demba Ba has shown he bleeds Blue with some emotional tweets after watching his old club defeat Real Madrid and book their place in the Champions League final.

Chelsea beat Real 3-1 over two legs to set up an all-English final clash with Manchester City, and Ba clearly enjoyed what he saw from Thomas Tuchel’s side.

In a series of emotional tweets, Ba singled out the performances of N’Golo Kante, Mason Mount and his fellow countryman Edouard Mendy.

The Senegal goalkeeper joined the Blues in the summer and has been a key player for them, with his rise in recent years certainly a remarkable story.

Not so long ago Mendy was close to quitting football, but he worked his way up through the divisions in France before impressing Chelsea with his performances at Rennes.

Ba is clearly full of pride at seeing his fellow countryman succeed at Stamford Bridge, as he compared it to watching his own son play! 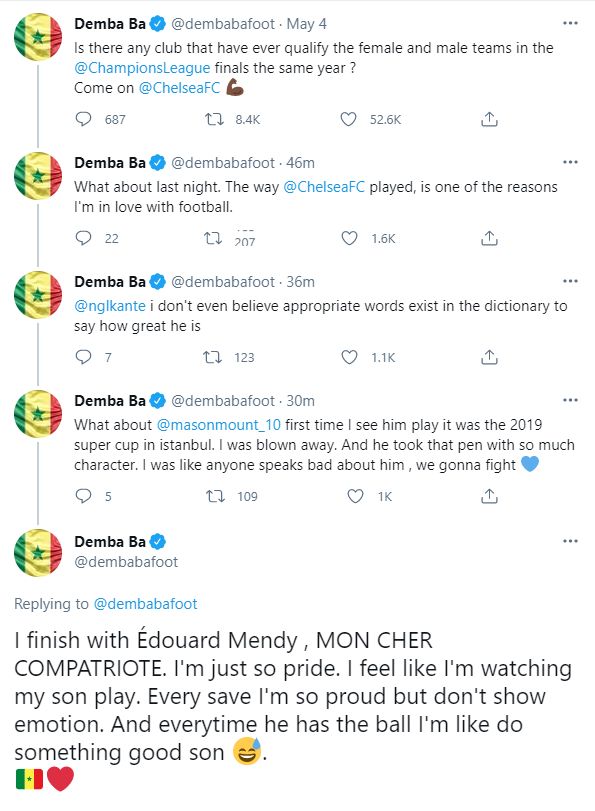