A quite shocking stat shows just how unacceptable it is for Arsenal to be playing without European football, and surely it’s further reason for Mikel Arteta to be sacked.

Granted, Arsenal have never won the Champions League, European football’s crown jewell, but that’s not to say that the club doesn’t have a rich history on the continent.

From the win over Parma in the 1994 Cup Winners Cup final, to the victory at the Santiago Bernabeu, courtesy of a quite brilliant Thierry Henry goal – Arsenal are a club that needs to be playing in Europe. 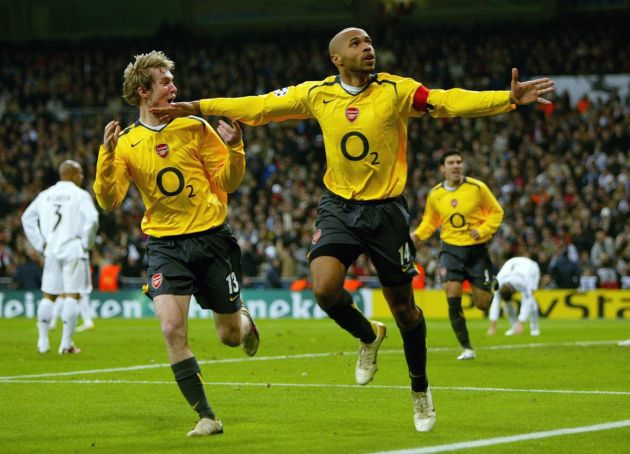 Thierry Henry celebrates after scoring for Arsenal in a famous European night in Madrid.

Unfortunately for the Gunners, tonight’s defeat to Villarreal in the Europa League semi-final second leg all but confirmed that they won’t be, for the first time in over 25 years.

2021-22 will be the first season since 1995-96 when Arsenal will not participate in European football.

Unai Emery was sacked for less. It’s difficult to see how (and why) Stan Kroenke would decide to keep Mikel Arteta on beyond the end of the season, with the former Manchester City assistant having failed miserably.

Arsene Wenger delivered European football for the club year after year. Even Emery managed it, and he didn’t last long. Arteta’s looking to finish in the top half, and nothing beyond.