Arsenal fans have headed to the Emirates this evening to protest against their ownership ahead of the Europa League semi-final second-leg clash with Villarreal.

The Gunners faithful have made their message clear in recent weeks, they want Stan Kroenke to sell the club.

In wake of the European Super League fiasco, which he had involvement in, the contempt towards the ownership has grown.

Ahead of tonight’s pivotal clash with Villarreal, the fans’ focus ought to be solely on the football, but that isn’t the case. 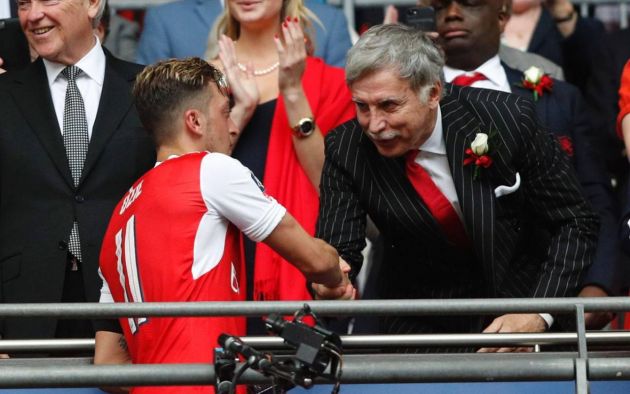 Stan Kroenke was responsible for Arsenal’s proposed involvement in the European Super League.

Ahead of the game, which Arsenal need to win to keep their hopes of winning the competition alive, fans headed to the Emirates.

Of course, with the ongoing coronavirus pandemic, they’re not allowed in the stadium, but they’re still intent on being heard.

Have a look below at some of the scenes outside the Emirates tonight, with Gunners fans, through love for their club and hatred of their ownership, protesting in their masses.

“We want Kroenke out”

The message is clear from Arsenal fans, who have gathered outside the Emirates ahead of tonight’s clash with Villarreal. #AFC ? pic.twitter.com/sfiWaeEmFX