Pierre-Emerick Aubameyang came agonisingly close to scoring the goal which would have taken Arsenal to the Europa League final.

So many times since Aubameyang signed for Arsenal, the Gabonese goal-machine has scored important goals at crucial moments, and you wondered if he’d have his say tonight, too.

Aubameyang has not been at his best this campaign, but if anyone was going to provide the defining moment for Mikel Arteta’s men, you’d have to consider him the favourite. 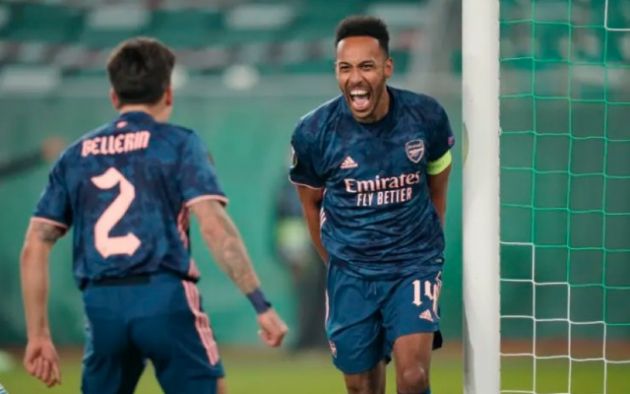 Pierre-Emerick Aubameyang has been Arsenal’s main man in recent seasons.

It’s for that reason that, with Hector Bellerin delivering the ball into the Villarreal penalty area, and Aubameyang rising above the defenders to get his head to the ball, you fancied him to find the back of the net.

However, agonisingly, Aubameyang could only watch as the ball bounced off the inside of the post and away to safety. The 31-year-old was just a matter of inches away from saving Arsenal’s season with a HUGE goal…