The biggest La Liga weekend of the season is upon us, and dependant on the results between Barcelona v Atletico and Real Madrid v Sevilla, the destination of the title could become clearer by Sunday night.

At present, just six points separate Atleti at the top to Sevilla in fourth, with both Barca and Los Blancos locked together two points behind the leaders.

Ahead of the match at the Camp Nou, you might’ve expected Enrique Cerezo, the president of Atletico Madrid, to be talking up the opportunity for his side to surge ahead in the title race.

Instead, he’s risked the wrath of all Rojiblancos fans by admitting his admiration for Gerard Pique and Lionel Messi. 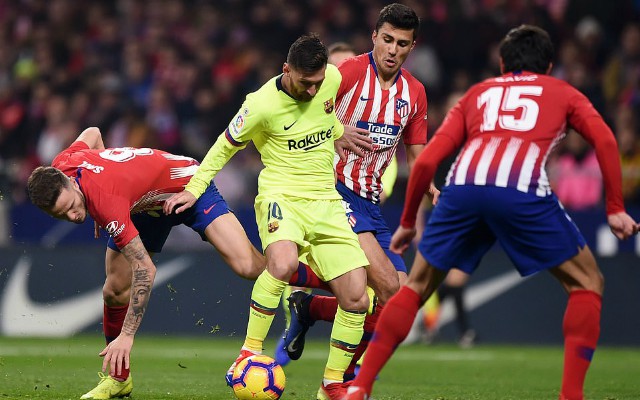 “He [Messi] is the best player in the world and I think that Barcelona will do very well to retain him, whatever the economic conditions,” Cerezo said in an interview with Sport.

“I don’t know what they will be and we are not interested. But, for the Spanish league, that Messi plays is an incentive.

“Pique. I like him because he’s a funny guy and other than that he’s a wonderful centre-back.”

This really isn’t the time to start having some lad banter about your opponents.

Diego Simeone’s side will need all the support they can get bearing in mind that they’ve never won at Camp Nou in La Liga under the Argentine and only ever scored more than one goal there on a single occasion under his watch.

Furthermore, in their last six away games this season, they’ve failed to score in three. Perhaps a motivational quote or two from the president might’ve been preferable.