Liverpool could be ruled out of the running to sign Borussia Dortmund winger Jadon Sancho if they are unable to qualify for the Champions League this campaign.

CaughtOffside have previously revealed that Jurgen Klopp’s men are in the running to sign Sancho this summer, with Manchester United also set to try again for the youngster.

Man United could have a huge advantage over their rivals in the race to sign the former Watford and Manchester City man, that is if Sky Sports‘ recent report is to be believed.

Sky Sports report that Sancho would prefer to be playing Champions League football next term, which Liverpool may not be able to offer him, but Man United almost certainly will. 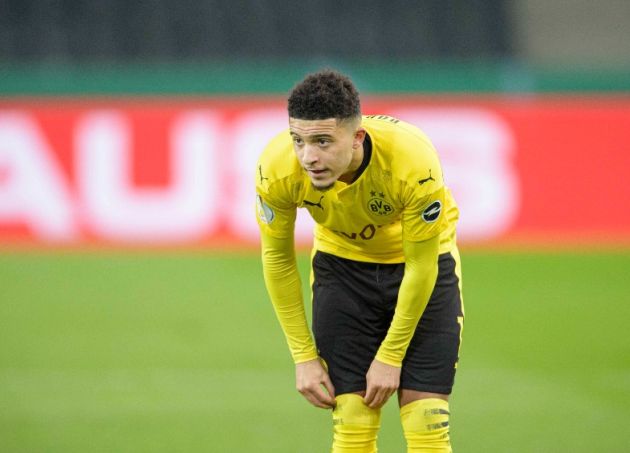 Jadon Sancho is being linked with Man United and Liverpool.

Jurgen Klopp’s men have an uphill task to push West Ham and Chelsea to the side and secure Champions League qualification. It’s hard to see them doing it, at current.

In the event that Liverpool finish outside the top four, Man United finish in it, it’s hard to imagine why Sancho would pick a move to Anfield over Old Trafford.

It’s equally difficult to envisage Man United and Liverpool being the only two teams contesting for Sancho this summer – so watch this space.